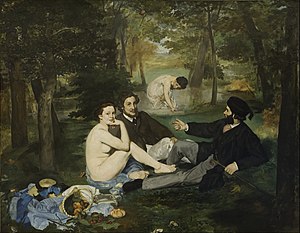 Kommersant has published a very insightful interview with billionaire entrepreneur and chess master Andrei Filatov. One of the main sponsors of the 2012 World Chess Championships, Filatov discusses chess as a tool for promoting culture and art, the undervaluation of Russian and Soviet art, and the future of philanthropy among Russia’s super-rich.

On Chess as a promotional tool:

“The first big question was the return to state funding of chess. The match will be held at an iconic museum. Why? […] Holding such tournaments can attract the attention of millions of people, promote the culture of its city, its country, improve its image and attract tourists, increase interest in our art. Chess is a unique and cost-effective tool for promoting the country, culture and ideas, and I’d like to believe that the state will see that.“

During Soviet times, of course, chess was highly valued by the state as a part of the cultural front of the Cold War. Russian/Soviet dominance of chess didn’t just grow out of a natural aptitude or popular interest in the game, it was a top-down effort, organized largely by Soviet Prosecutor General Nikolai Krylenko. He called chess, “a scientific weapon in the battle on the cultural front,” and told the Congress of Chess Players, ” We must finish once and for all with the neutrality of chess. We must condemn once and for all the formula ‘chess for the sake of chess,’ like the formula ‘art for art’s sake.’ we must organize shock-brigades of chess players, and begin the immediate realization of a Five-Year Plan for chess,” (Stalin, Boris Souvarine, as quoted here).

While Filatov certainly doesn’t advocate the same oppressive methods as Krylenko (one of the engineers of the purges) he does share the same perspective on chess as a tool for promoting culture. When asked if any other wealthy Russians have followed his example, Filatov responded, “Rather, I am a successor. Do you know that this idea was already realized? And do you know by whom? Stalin. In 1935 a tournament was held at the Pushkin Museum. The Soviet government demonstrated to the world that the Soviet Union had not sold off Russian cultural heritage.”

Filatov believes that this cultural heritage is deeply undervalued. He makes an interesting comparison between the French Impressionist and Russian Realist schools:

“Not a single country experienced more serious upheavals in the twentieth century than Russia: the war with Japan, the revolutions of 1905 and 1917, World War I, the Civil War, the Great Patriotic War, famine, repression… all the experiences, these incredible emotions, are visible in the works of Russian artists. Certainly French Impressionism is beautiful. But when Russian Impressionists depict life, there is a different intensity of emotions. Think of “Bathing of a Red Horse” by Petrov-Vodkin. Or Laktionov’s “Letter from the Front” at the Tretyakov Gallery.”

While I may not agree with his choice of examples, I certainly agree with Filatov’s assertion that Russian painting is undervalued. And his comparison of the Russian and French Impressionist schools does a good job of standing in for  larger differences between Russian and Western artistic traditions. The French impressionists produced beautiful experiments in form and color, but the thematic content of their work was much less daring; if it can be said to have any social meaning, it is that leisure time, if you are wealthy, is very enjoyable. To contrast, the work of Russian painters at the same time dealt with class, the urban migration of the peasantry, the need to preserve a rapidly dying Russian folk culture, the conflict of western and eastern forces on Russian culture, revolutionary rumblings, spiritual chaos, etc.

Which isn’t to say that Russian art is interested in content while western art is interested in form. The wildest formal developments of the turn of the century came from Russia in the work of the suprematists and constructivists, which were anything but playful experiments. They set as their goal nothing less than a total restructuring of civilization.

Filatov concludes his interview with a hopeful eye towards a more generous future for Russia’s super-rich. The modern Russian state doesn’t support the cultural institutions built up during Soviet rule. No one could or should follow in the footsteps of Stalin. But perhaps today’s Russian industrialists will begin to follow in the footsteps yesterday’s Russian industrialists and commit their fortunes to the arts and society.

Filatov has been involved in an annual event that combines chess and art in his native region of Dnipropetrovsk, Ukraine. Link

Museums in Moscow are employing the aggressive tactics of advertisers to bring art into public spaces.

For years advertisers have been looking for new ways to get our attention as we move through cities. For us consumers, it can be exhuasting to block out all of the attempts to influence our brand loyalties and buying behavior. Ads are plastered on every wall, floor and ceiling – every taxi cab, every bus and, of course in the subway. In one special train in the Moscow metro system, however, there are some oddly beautiful ads going up.

Reproductions of watercolors by Mikhail Vrubel, Karl Brullov, Kazimir Malevich and a number of other influential artists are on display, courtesy of the Tretyakov Gallery.

Here’s an excerpt from an article on the project at RT:

“This is the fifth launch of the Watercolor train – the first one was introduced in 2007. Since May 2009 the train-gallery displayed masterpieces from the St Petersburg-based Russian Museum. In 2010 it was decorated with works from the collection of Moscow’s Pushkin Museum of Fine Arts. […] This year’s display coincides with the 77th anniversary of the Moscow Metro.”

This year’s World Chess Championship is being held at the Tretyakov Gallery in Moscow. Boris Gelfand of Israel and Viswanathan Anand of India will compete for $1.5 million in prize money among priceless works of Russian art.

The Tretyakov Gallery was established in 1892 by Pavel Mikhailovich Tretyakov, perhaps the greatest of the 19th century patrons of Russian Art. Tretyakov had a vision for a museum of national art. Begininning in his early twenties, he began aggressively collecting and commissioning work from Russian artists. He was a magnanimous patron, often purchasing huge bodies of work, even entire exhibitions at once. Later in life, he began collecting 18th and 17th century Russian art, as well as icons. The result is one of the world’s great museums. (If you’re ever in Moscow, you must set aside at least a day) Link

From the Daily Mail:

A new exhibition of the work of Pyotr Konchalovsky is on display at the Tretyakov Gallery in Moscow. Konchalovsky was a member of the Jack of Diamonds group, which began with a shocking exhibition in 1910. The Jack of Diamonds group also included renowned artists Natalia Gonchorova and Alexander Kuprin. It was the key organization in the Russian avant-garde of the early 20th century.

The exhibition, along with a conference on the influence of Paul Cezanne which was conducted in March, was organized by the Petr Konchalovsky Foundation. Here’s an excerpt from their brochure for the show:

“The exhibition will present the artist’s best paintings from the collections
of the Russian Museum and the Tretyakov Gallery, and also the most famous works from private collections. Moreover, paintings from the artist’s family-collection and other rare archival documents and personal items will be exhibited for the first time. This comprehensive gathering of material will recreate the unique atmosphere, in which Petr Konchalovsky’s paintings were made, and the directions of Russian fine art of the first half of the 20th century formed and transformed.”

Since June 16th Collecting Russian Art has been in Russia – visiting museums and brushing up on Russian. In Moscow, we met up with one of Lazare Gallery’s most talented young artists, Ilya Yatsenko. (Below, you can see Ilya in front of his church in Moscow.)

In 1990, Ilya started attending at the Surikov institute in Moscow. There, he studied under Nikolai Kozlov, Alexanderliech Fomkin, Alexander Danilichev, and Vyacheslav Zabelin. He graduated in 1999 with rarely given perfect grades.

Ilya is a profoundly gifted painter. His ability to create solid, deep, harmonious space in his landscapes is incredible. At his home in Moscow, I was able to see some of his most recent landscapes from this summer. He has been making frequent trips to his dacha in the country and has finished several beautiful paintings of the lilacs that are so prevalent across Russia.

Later, I was lucky enough to spend a day touring the Tretyakov Gallery with him; he is able to bring paintings to life with his observations. Talking over the importance of harmony in painting, Ilya made a point that struck me – that harmony in painting is simply the result of a strong connection to nature. If a painter is willing to look humbly and carefully into nature harmony will come naturally. Painting that is dissonant, on the other hand, stems from a broken and fragmented relationship with nature. Much of the art in our world today indulges in this broken connection to nature, using it to comment on the unhealthy structure and pace of the modern world. In painters like Ilya, however, I take heart that it is still possible, with care, to maintain this relationship with nature. His work attests to this.

You can see some of his most recent works here, and a more complete gallery of his work here.