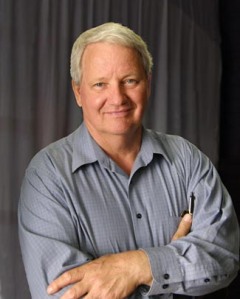 Chances are you haven’t heard of Vern Swanson. In the recent history of Soviet Realism, however, he is a towering figure. Swanson was recently awarded the Plastov International Prize, for his contributions to the awareness and understanding of Soviet Realism. The Plastov Prize is currently the world’s largest art prize, with a cash award of $833,000 (25 million rubles) divided into 21 different categories. It is funded and awarded by the government of the Ulyanovsk region to support artists, scholars, schools, and museums dedicated preserving and exploring, “the diversity of forms of realist art,” in honor of Russia’s preeminent 20th century Realist, Arkady Plastov.

Beginning in the mid 19th century when the Wanderers split from the restrictive Imperial Academy, Russia has had a unique tradition of figurative art. Through the 20th century, the tradition of Russian Realism was preserved, largely through the enforced official style of Socialist Realism. In the 1990’s, however, as the USSR disintegrated so did state support for Realism. The future of this tradition, still largely invisible to the west, has been uncertain. The Plastov International Prize was established to ensure a vibrant future for the Russian Realist tradition.

Vern Swanson received the prize for his published works on Soviet Realism, and for his work assembling one of the United States’ largest collections of Russian Art. Swanson studied art history at the University of Utah and the Courtauld Institute of Art in London before becoming the head of the Springville Museum of Art in Utah. Beginning in 1991, just as the Iron Curtain fell, Swanson began travelling to the former USSR to investigate Soviet Realism. Initially skeptical, Swanson was overwhelmed by the beauty, technical virtuosity and diversity of Soviet art, and he began putting together a world-class museum collection. At that time, Swanson worked not only for himself, but also on behalf of Ray Johnson, another collector who went on to found the Museum of Russian Art in Minneapolis.

Having contributed to the establishment of the two largest collections of Soviet Realism outside of Russia, Swanson has made an enormous contribution to the preservation of this piece of Russian, Soviet, and global cultural heritage.
Click to read more about Swanson’s most recent book on Soviet art, “Soviet Impressionist Painting.”

Lazare Gallery has created a new website to showcase the most significant pieces from their collection of 20th century Soviet Realism. The site features beautiful high resolution images of each of the 400 pieces. The collection includes work by many of the most significant artists of the period, including Yuri Kugach, Arkady Plastov, Alexander Gerasimov, Olga Svetlichnaya, Viktor Tsyplakov and Nikita Fedosov. The website is available in both English and Russian.